A little over two weeks ago, S4GRU published an article detailing a multi-market PCS 1900 MHz swap between Sprint and AT&T that increased spectrum contiguity for both operators in several markets. In that article, we mentioned how that spectrum swap might be the first of many, as there are numerous other markets in which Sprint and other licensees could mutually benefit by realigning disparate spectrum holdings into larger contiguous stretches for more efficient LTE spectrum utilization.

And late last week, that expectation came to the fore. It was discovered that AT&T was not the only dance partner. Rather, T-Mobile and VZW also entered the fray, as Sprint and both operators had contemporaneously filed PCS spectrum assignment applications with the FCC.

Results of the Latest Spectrum Swap 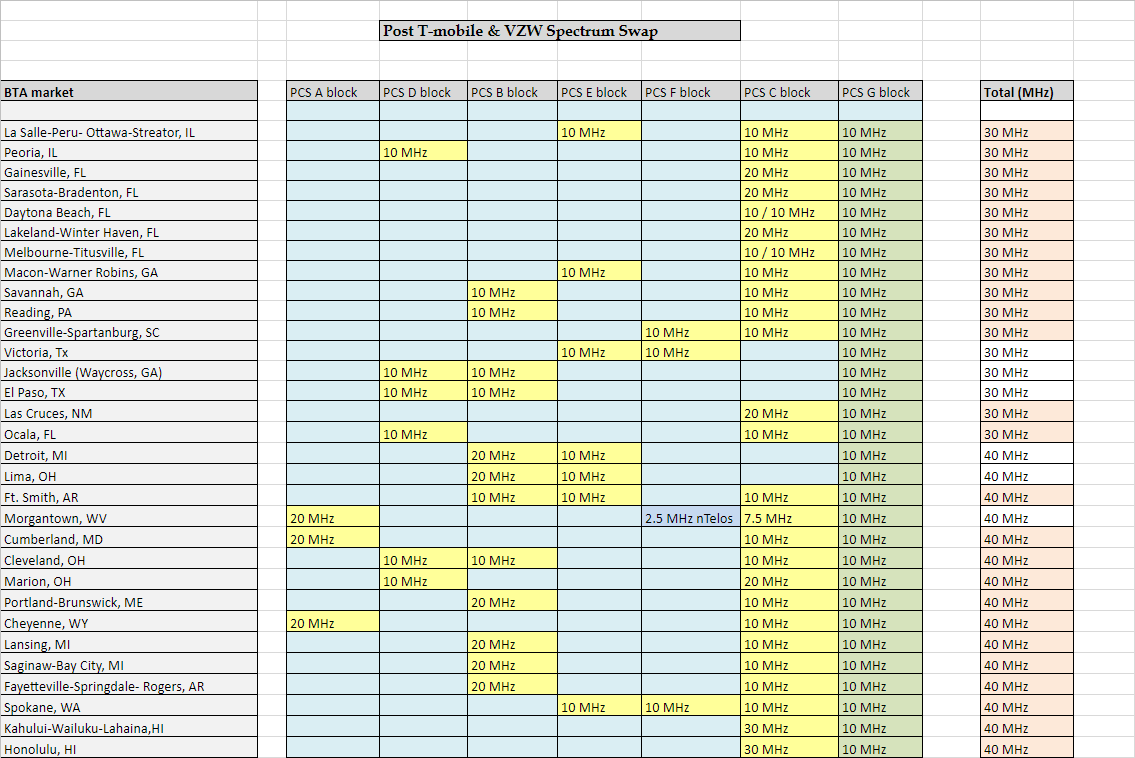 As seen in the embedded screenshot, Sprint primarily is targeting additional spectrum in the PCS C block. Detailed in our last article, the PCS C block is adjacent to the PCS G block in which Sprint's existing 5 MHz FDD Band 25 LTE carrier is deployed. These swaps pave the way in a greater number of markets for expansion from that 5 MHz FDD carrier to a 10-15-20 MHz FDD carrier and subsequent higher maximum speeds in Band 25.

In total, about 50 million POPs so far will be affected by the spectrum transactions in these pending agreements among Sprint and AT&T, T-Mobile, and VZW. Furthermore, this may not be where the story ends. Once the FCC approves these applications, other PCS spectrum realignment among the big four operators may follow. Sprint also may pursue spectrum deals with smaller operators.

Stay tuned. S4GRU will have the scoop.