This is a new triband antenna configuration now being deployed by Sprint that is able to do 4T4R MIMO on both 800 MHz and 1900 MHz in addition to 8T8R MIMO over 2.5 GHz. All in one single antenna.

Previously, Sprint typically utilized two different antennas with one from Network Vision days being a hexport dual band unit that supports 800 MHz and 1900 MHz. While 2.5 GHz was an additional antenna and radio unit added on later. Some sites utilized (and may continue to utilize) another triband antenna model.  This older generation triband antenna is a decaport (10 port) triband unit that support 4T4R on both 1900 MHz and 2.5 GHz with 2T2R on 800 MHz. This meant that an 8T8R radio would have its capabilities decreased as a result of going from 8T8R to 4T4R.

With the development and deployment of this new 16 port triband antenna, Sprint is now poised to offer 800 MHz 4 antenna transmit and receive diversity alongside 1900 MHz, while 2.5 GHz is able to fully utilize the capability of an 8T8R radio. 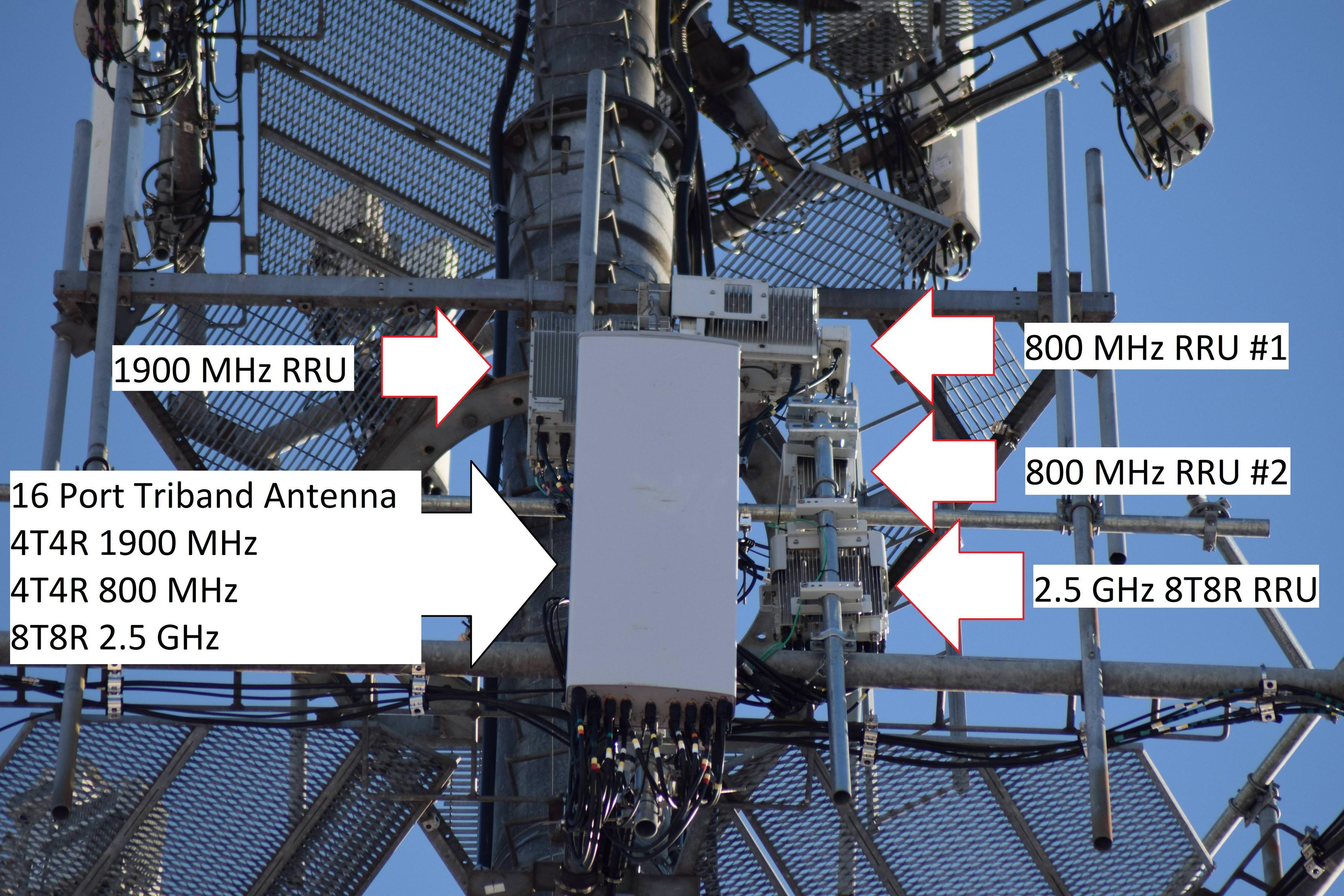 Currently, this type of setup has been found in Samsung vendor regions with two individual 2T2R 800 MHz RRUs to achieve 4T4R MIMO. Samsung and Sprint has a new 4 port 4T4R 800 MHz RRU that will be able to do the job of two existing 2T2R 800 MHz RRUs that will be deployed alongside this new type of antenna. This new Samsung 4 port low frequency radio is also available in Band 13 750 MHz for deployment in the Puerto Rico market due to the Sprint Open Mobile deal. 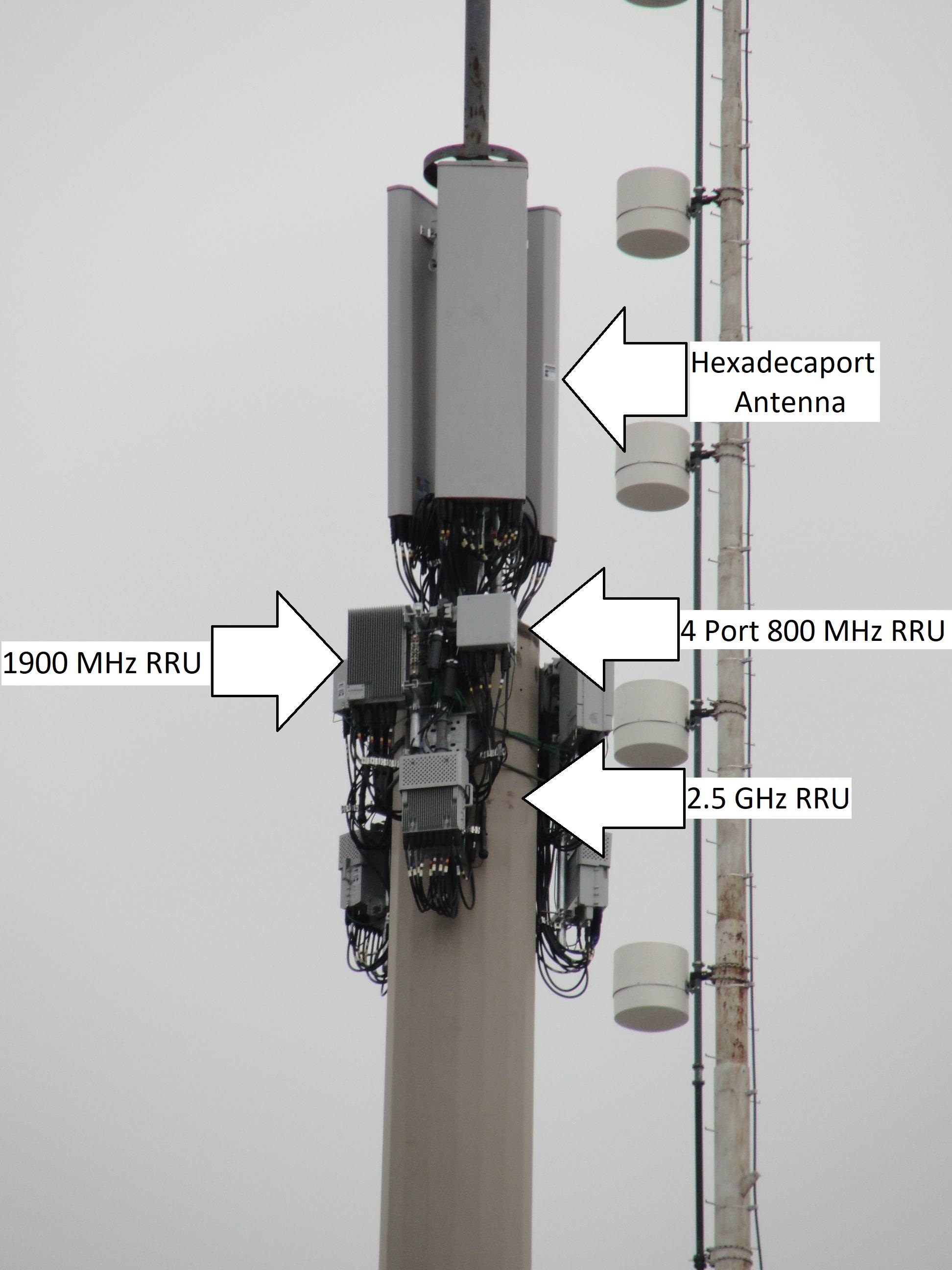 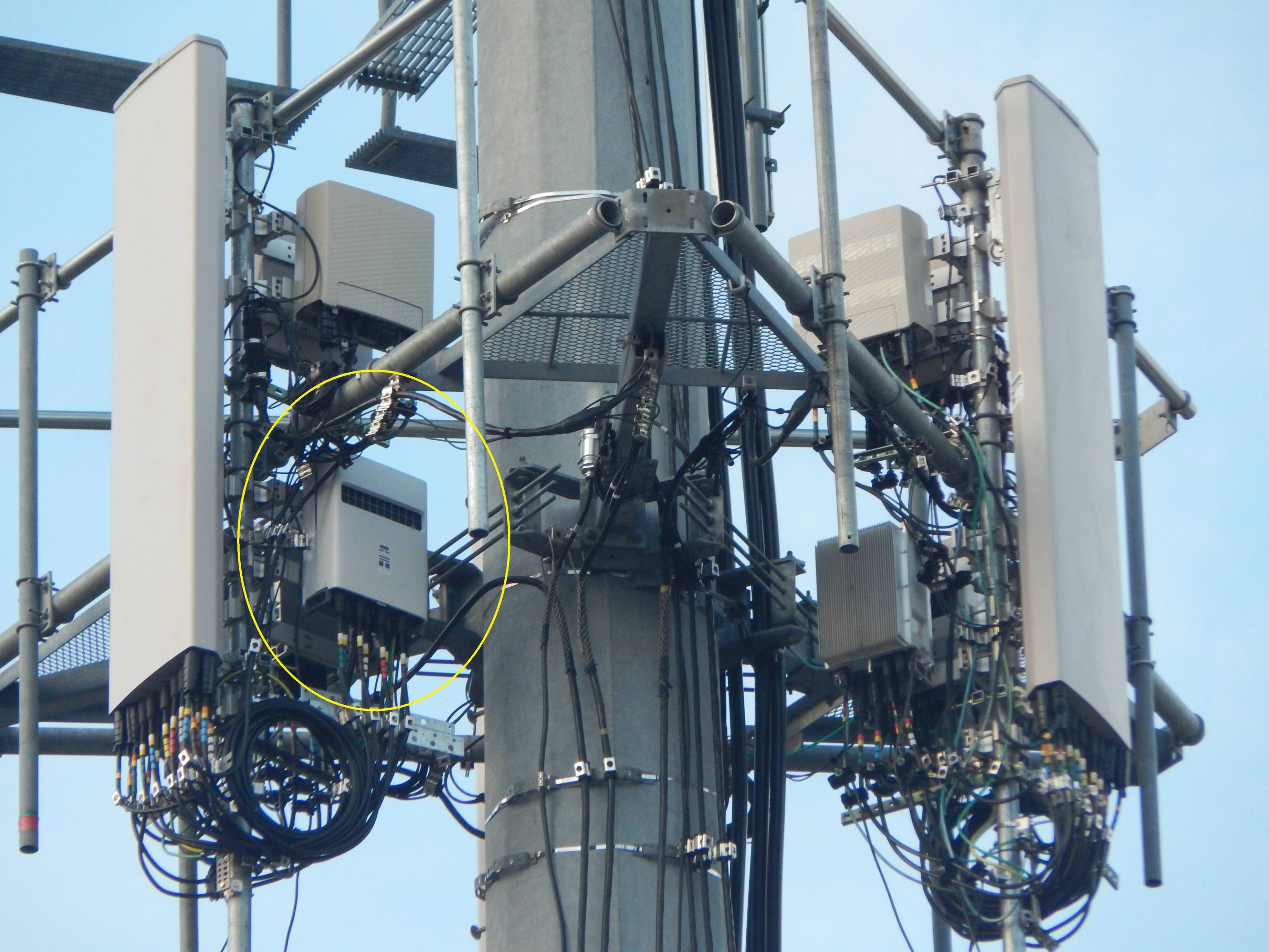 This type of setup is yet to be seen in Ericsson or Nokia - Alcatel-Lucent territory.  If you discover these in other vendor regions, be sure to post about it!


****If you're in Ericsson or Nokia / former Alcatel-lucent territory then replace the Samsung radios with the relevant Nokia, Alcatel-Lucent CDMA / LTE and Ericsson radios depending on region.***