Exciting times for those of us who track Sprint Macro sites and signals.  Sprint has accomplished a lot during the last few years in many places.  Even during a period of reduced capital expenditures.  Progress has been made by increasing bandwidth and adding carriers to LTE 1900 MHz, adding LTE 2.5 GHz macro and small cell sites, adding 3x3 LTE 800 MHz to many existing sites near the border, and working to eliminate 3G Only Ground Mounted Radio sites by adding LTE in many places*.  Some of these improvements have been offset by ever increasing data demands that have doubled every 18 months.  For maximum gain, a new plan was needed...Next-Gen.

Since late Fall 2017 Columbus S4GRU members have been tracking new permits in Ohio trying to figure out Sprint’s Next-Gen plans in detail. These permits soon made it obvious that multiple site configurations are involved.  In late February / early March three Next-Gen sites were found in the Columbus Market.  To ensure that these were not just isolated test sites, two identical Next-Gen sites were confirmed in the Cincinnati Market about a week ago.  These are new antennas and are a different scenario than described in the prior S4GRU Wall Article on 16 port Triband Antennas. 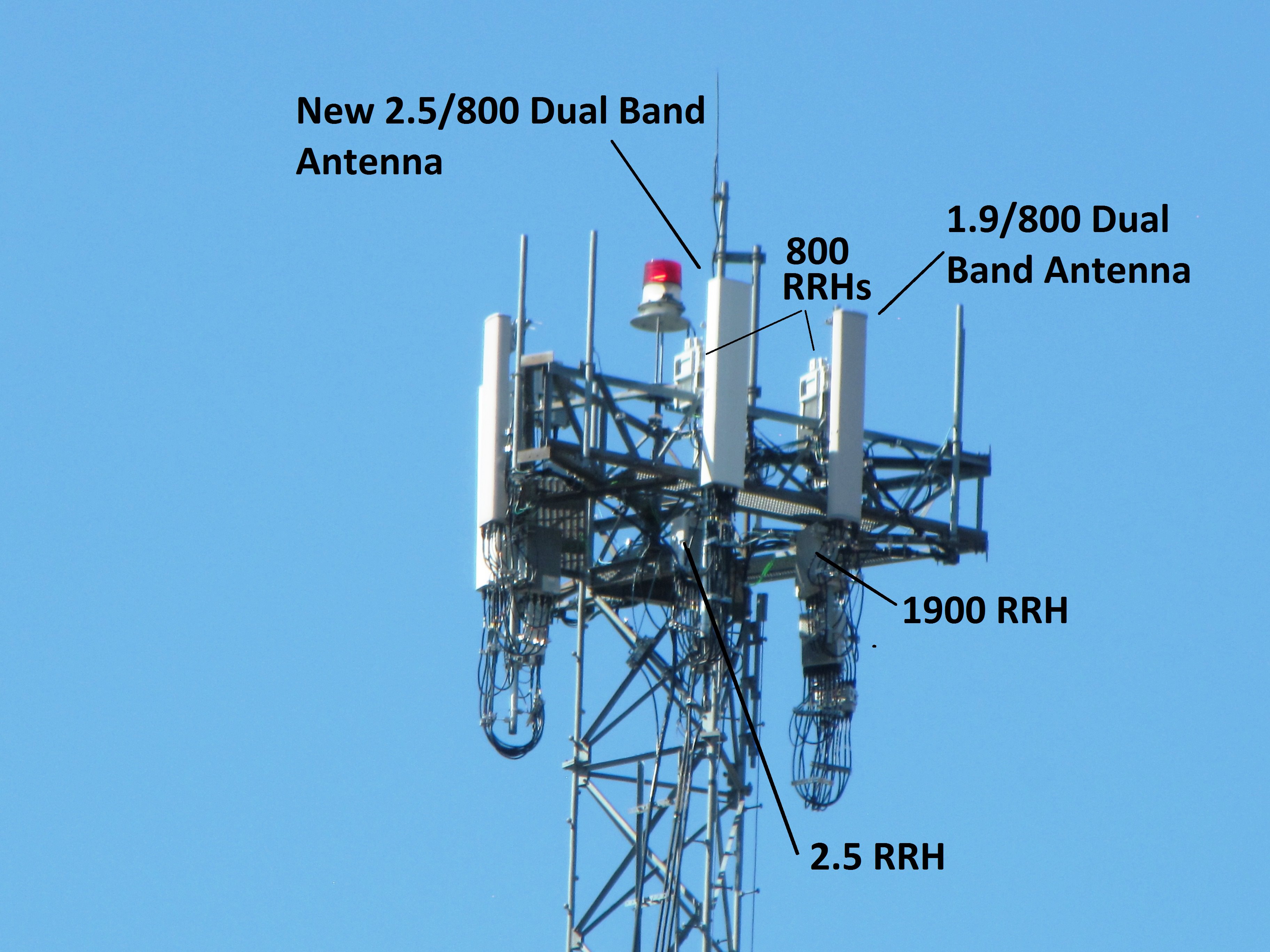 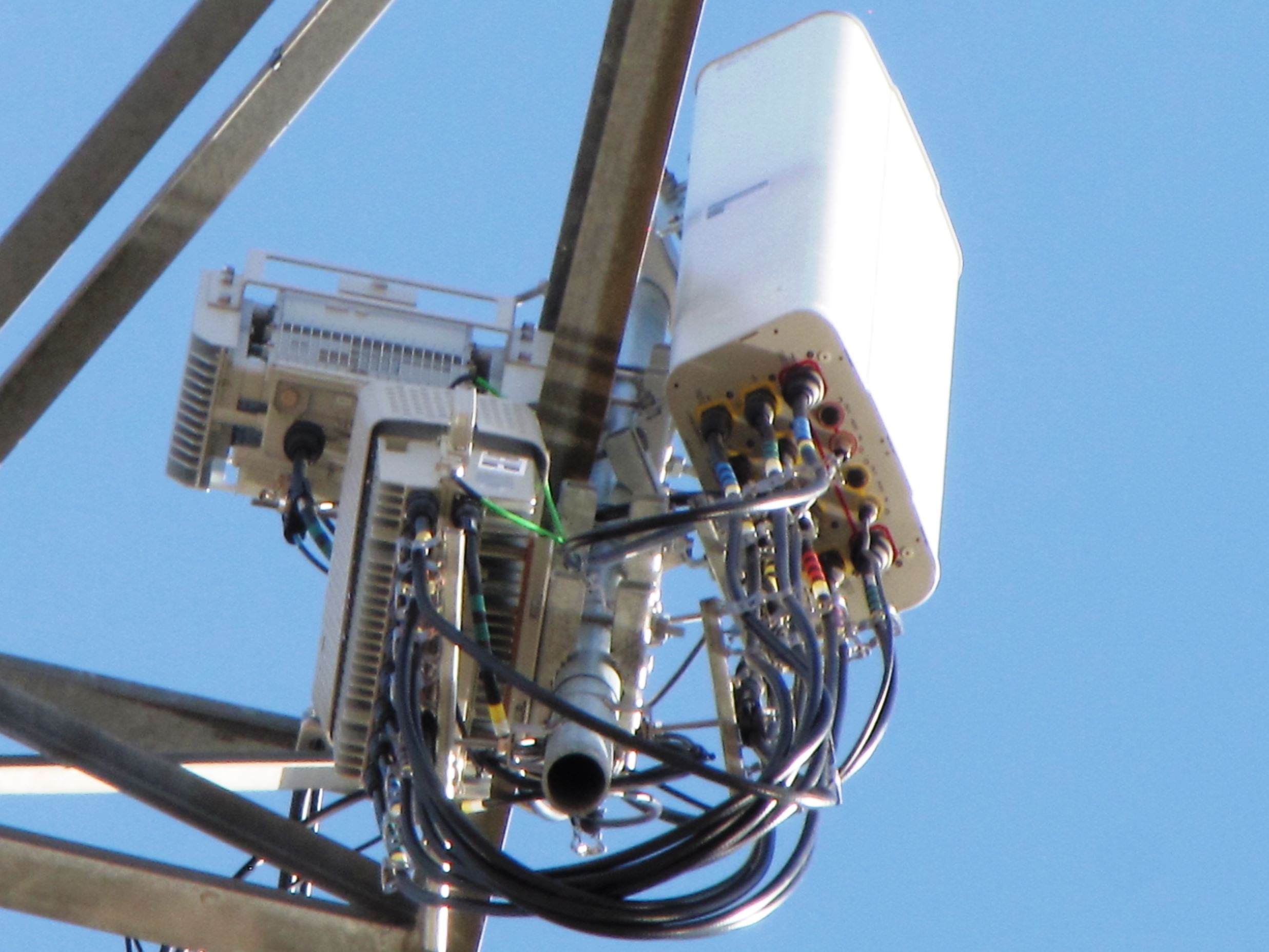 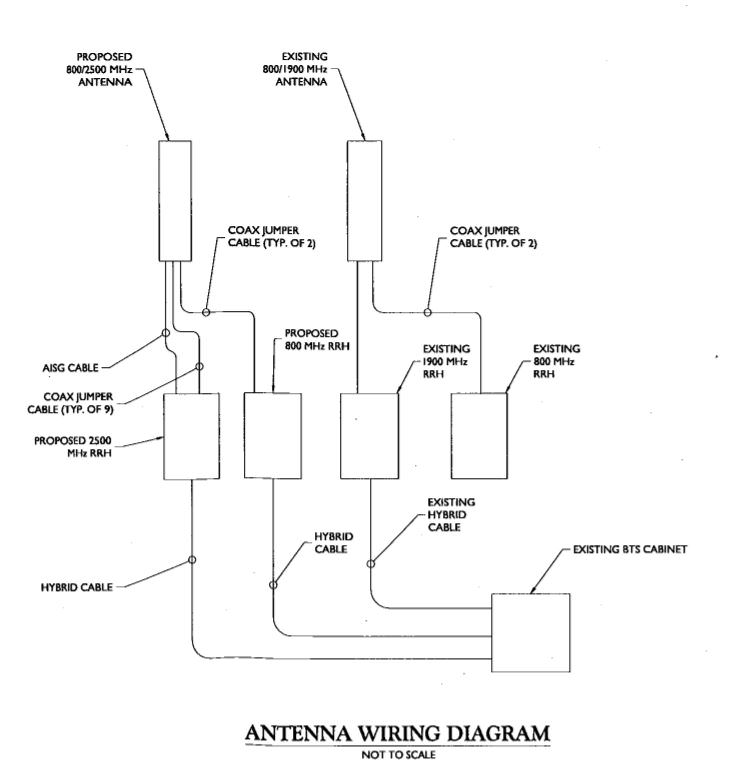 Sprint’s desire to add 2.5 GHz to all sites is well publicized.  But why two 800 MHz RRHs?  To allow 4x4 MIMO for 800 MHz LTE.  While only some tablets will fully benefit from 4x4 MIMO given the antenna size requirements, all devices will benefit from the significant signal propagation and stability improvements over 2xT/R diversity.  At the cell edge this is especially true. This will be a major improvement for technologies such as VoLTE where weak signals can wreak havoc on voice quality and even usability.

Four Sprint scenarios were noted in some of the Connecticut information.  Besides the two scenarios covered in this and the prior wall article, there is a ground mounted radio scenario, which is dated February 28, 2018 -- well past the changeover to Next-Gen antennas seen in the late Fall 2017 permits.  Only the Triband decaport (10 port Antenna) is visible in the tower with diplexers and RRHs near the ground providing only 2T2R for 800MHz, 2T4R for the 1900MHz and 4T4R for the 2.5GHz, as shown below: 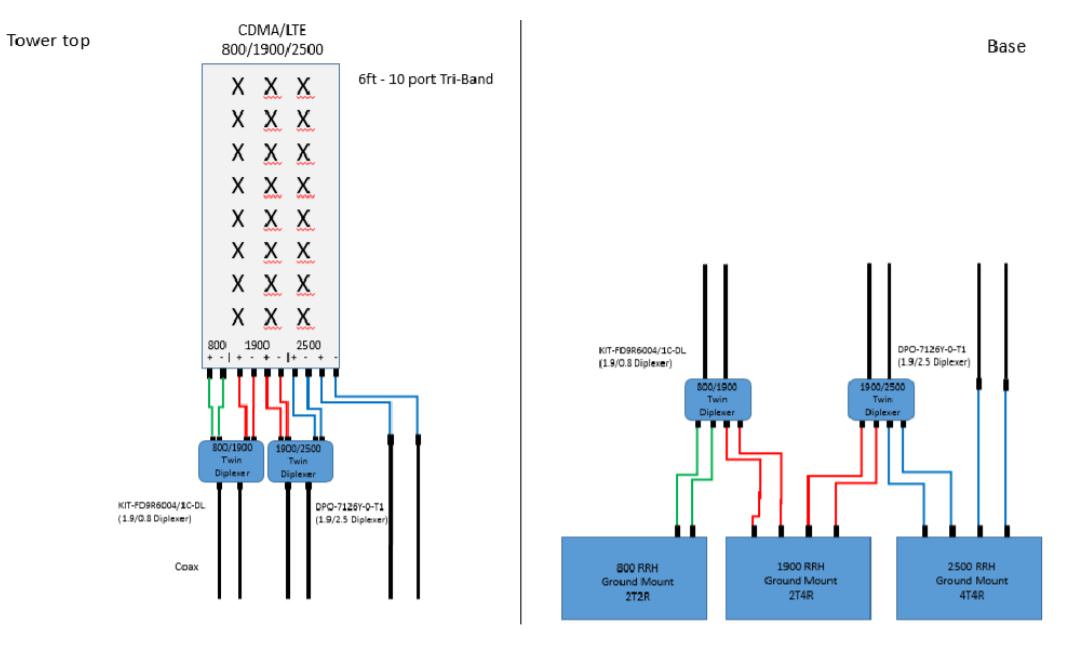 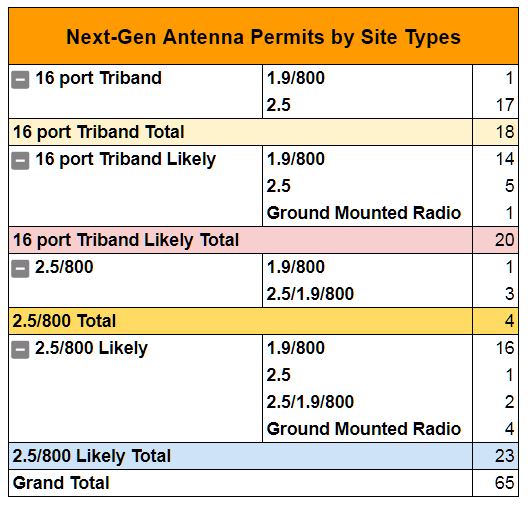 There is at least one Sprint Next-Gen Scenario remaining.   Keep watching your local sites, especially if you see improved Band 26 LTE 800 or new Band 41 LTE 2500 signal or GCIs.  Report anything new to a S4GRU forum.  Include pictures and screen shots.  Others will guide you to help figure out what you have found.

*For details for my market for 2017: http://s4gru.com/forums/topic/1904-network-visionlte-columbus-market/?page=219&tab=comments#comment-526696 Other spreadsheet markets in this region have similar stories to tell.

Many thanks to lilotimz and kineticman for their assistance with this article.