1.) After using the iPad for a few minutes at BestBuy, I fell in love with it's beautiful retina display. This display's PPI is 264, while packing an astonishing 2048x1536 resolution. The screen is just perfect, the colors are great and you can't really see any of the pixels when really looking at the display.

2.) If you've used the iPad 2's camera, I'm sure you are aware how horrible they perform. That's not the case with the new iPad, Apple upgraded the horrible 0.3MP camera to 5MP, using the same five-element optics from the iPhone 4S on the new iPad. The iPad was only capable of taking 720p video, but now the new iPad can record up-to 1080p HD video. After taking a couple shots with the camera, the camera is actually usable, in a good way.

3.) The new iPad packs a dual core CPU and a quad core GPU. After playing around with the new iPad, I've noticed it just seems faster then the iPad 2 when switching in between apps and etc. When it comes to gaming performance, the new iPad did not disappoint. Games look and perform great on the new iPad. Titles like Infinity Blade II look pretty darn good and I didn't notice any lag while playing this game. 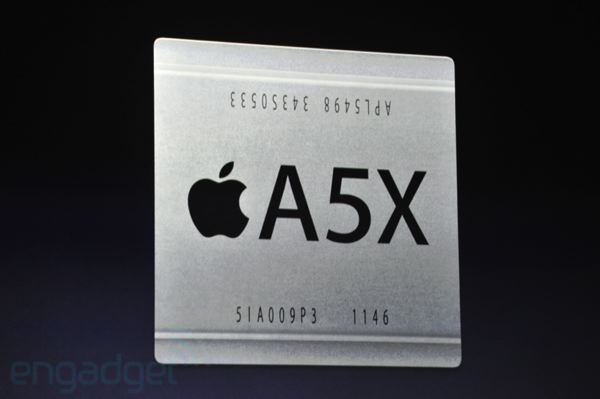 Not everything is perfect, and this applies to the new iPad. Now I will go over what I didn't like about the new iPad.

1.) When the new iPad was announced, people were disappointed that there was really no physical difference between it and the iPad 2. When I compared the two tablets side by side and asked people which one is the new iPad, only a couple people could tell me. Honestly, I think that when a product's successor comes out, there should be at least a little physical difference.

That's my verdict on the new iPad. Feel free to sound off in the comments telling what you love and hate about the new iPad.