A year ago Sprint and Open Mobile announced the beginnings of a joint venture whereby they would combine their network assets and operations together to create a better more competitive alternative on the island. In late 2017, the deal was consummated which gave Sprint access to Open Mobile's spectrum holdings in the PCS 1900 range and, more importantly, the 750 MHz Band 13 block.

This LTE Band 13 is almost exclusively used by Verizon Wireless as the basis for their LTE network. In comparison to Sprints SMR 800 MHz holdings it is 20 MHz in width meaning that Sprint is able to utilize a 10x10 MHz lowband LTE carrier whereas Sprints Band 26 800 MHz is limited to 5x5, 3x3, or even non existence as in Puerto Rico due to spectrum hoarders and other issues pertaining to the IBEZ. With this spectrum, Sprint is now able and has begun the deployment of a triband 750 / 1900 / 2500 network in Puerto Rico! 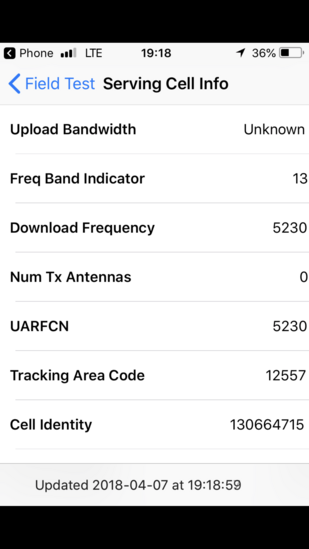 Thanks to imatute and smooth25 for the finds!