What would you do to get a $20 per line discount on your monthly bill? Would you pay full price for your cellphone? That is what Cole Brodman, T-Mobile’s Chief Marketing Officer would like to see happen. In fact, T-Mobile already offers a discounted plan for customers who forego a subsidy on their device. This works out fairly well for T-Mobile’s GSM customers who want to use an unlocked international or AT&T phone instead of T-Mobile’s subsidized offerings, but will it catch on with other carriers? Will customers who have grown accustomed to inexpensive upgrades suffer sticker shock at the prospect of a $650 replacement for their cellphone?

If you think about it, the customer is probably better off using the unsubsidized route, unless they buy one of the highest subsidy phones as soon as they are eligible, every time. Carriers are also protected because they have nothing to lose if the customer walks away from their contract, only an ETF to gain. The only catch is that carriers are more likely to retain their customers if they offer an upgrade 4 months prior to the expiration of the contract, in exchange for a new 24 month contract. Carriers and many customers are addicted to this retention method and it would likely take an industry-wide effort to change the way business is conducted. 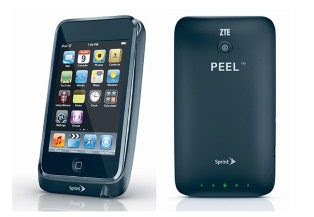 [/float]The customer would win with the increased competition among cell phone manufacturers. If the manufacturers are forced to compete with each other on price, we would likely see prices drop thanks to bargain brands like ZTE and Huawei. Currently the cell phone carrier just adds a different subsidy to the cheaper priced cell phones. Prepaid plans already use this model, but they tend to get the older and cheaper models instead of the flagships to reduce the sticker shock and upfront cost to their customers.

[/float]T-Mobile is currently offering unsubsidized plans under the “Value” line of plans. An individual value plan with unlimited minutes, text and data (with 2GB of high speed data) currently will run $59.99 plus applicable fees and taxes per month. A comparable plan from the “classic” line with the subsidized handset will cost $79.99. T-Mobile even offers interest free loans that tack on a payment to the monthly bill if a customer elects to not pay the full price up front. $20 per month adds up to $400 over the 20 months that customers normally wait for their next upgrade. The only catch with this plan is that you still sign a 2-year contract, something that customers who buy their phone outright usually detest. It has been noted by T-Mobile sales staff that customers do not understand the difference in plans and customers who receive a subsidized phone complain that there is a lower priced plan and want to be switched over. [/float]A $480 savings on a 2-year agreement trumps almost every device subsidy. The iPhone 4S currently retails for $650, but sells for $199 with a 2-year contract equaling a $450 subsidy which comes close, but not quite. Even the Samsung Galaxy Note only commands a $350 subsidy. Ironically, the HTC Titan retails at $549 and sells for $0.01 making it the most subsidized handset. It is quite possible that a good chunk of that subsidy comes from Microsoft, in an effort to gain market share at the cost of their own profit.

[/float]Ending carrier subsidies might be seen as a step towards the wireless carrier becoming a "dumb pipe" or the carrier being nothing more than the provider of minutes and data bytes, with no customized services. U.S. carriers have resisted becoming dumb pipes because carriers wouldn't see the end user profits from their additional services and it will inspire less brand loyalty. Carriers have already lost a lot of revenue thanks to iTunes and Google Play, among others. The carriers used to offer their own multimedia offerings to increase their revenue, but much of that is now going to Apple and Google, thanks to the trend towards carriers becoming dumb pipes for smartphone users.

So what do you think? Would you like to see Sprint follow T-Mobile’s lead and reduce prices in exchange for dropping subsidies? Or does Sprint need to keep subsidies to continue the smartphone welfare? Using the customers that choose the cheaper handsets or keep their handset past their upgrade date to offset the higher subsidy on the iPhone or other high subsidy handsets.